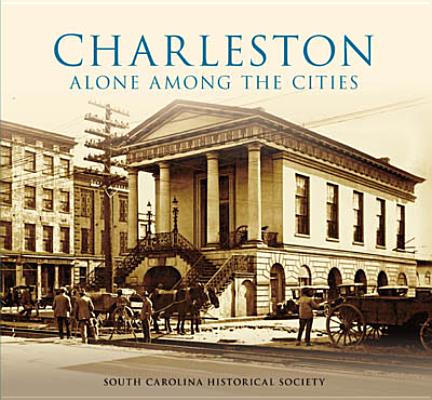 Alone Among the Cities (Gen-No)

Few cities linger in the imagination as does Charleston. A place where legend meets history, Charleston commands a special seat in the Southern experience, from its commercial influence in colonial America, to its genteel traditions in the antebellum South, to its incendiary role in the Civil
War. An American institution of its own, this peninsula city attracts millions of visitors each year with its diverse architectural treasures, its breathtaking placement between marsh and sea, and its Lowcountry citizens' reputation for elegance and grace. This unique visual history explores the Charleston of distant memory through vivid black-and-white photographs taken from the late 1800s through the 1950s--a time when the city experienced economic decline and gradual recovery. Exploring a cityscape much different than today's well-worn tourists' paths, readers will discover a "new" Charleston, a
city vibrant with culture and style, even in its areas of decay. From south of Broad Street, around downtown, and up the peninsula neck, Charleston: Alone Among the Cities provides readers of all ages a rare opportunity to stroll through their favorite section of town and to survey the city through the eyes of residents of yesteryear.