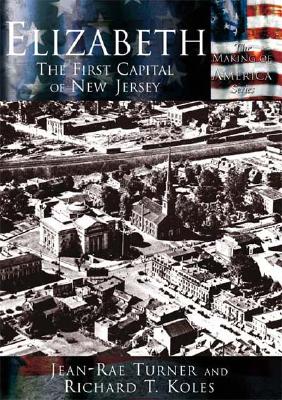 The First Capital City of New Jersey (Making of America)

Elizabeth, New Jersey is a city of firsts: first English-speaking colony in the state, first state capital, first home of Princeton University, and the site of the first shots fired after the Declaration of Independence. This impressive history is bolstered by the town's production of the first U.S. Navy submarine, Singer sewing machine, and ice cream soda, but these triumphs should not overshadow the hardships endured along the way. With no precedent to guide the way, the industrious people of Elizabeth built traditions rather than uphold them, and for nearly 340 years this community has forged its own path against the landscape without losing its small-town flavor.

Elizabeth: The First Capital of New Jersey is the uplifting record of the people who settled land and built homes, many of which are still populated by their descendants. Tales of the sacrifices of a rich colonial history lead seamlessly into stories about the Singer Sewing Machine Company, which changed the face of the city's commerce, and the Morris Turnpike and Central Railroad that form the heart of the transportation industry to which Elizabeth owes much of its economic well being. Presented in both lucid word and striking image, Elizabeth: The First Capital of New Jersey depicts the people, places, and events that secured Elizabeth's well deserved place in the history of America. The hard-working citizens who had the foresight to develop a diverse economic, religious, and cultural base for the "City of Churches" are memorialized in this new volume.