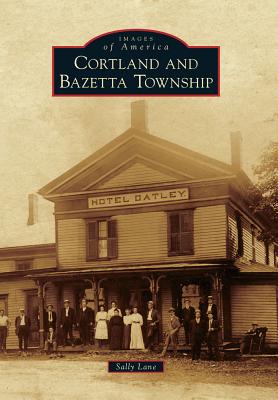 In the winter of 1804 1805, Edward Scofield and a small group entered the township in search of a creek suitable for a mill and good land for settlement. Within a few years, Walnut Run, a tributary of Mosquito Creek, was providing waterpower to a gristmill and a sawmill, and other settlers began to arrive. The area around the mill was called by various names: first, Leroy, as named by Scofield, or East Bazetta, referring to its location east of Mosquito Creek that divided the township nearly in half; then Baconsburgh because of the many settlers from the Bacon family; and finally Cortland following incorporation. Over the years, the area around Walnut Run flourished, churches were built, businesses and industries were established, and a lake was built during World War II. Then, as now, people worked very hard to make Bazetta Township and its only city a great place in which to live.
?Wh.