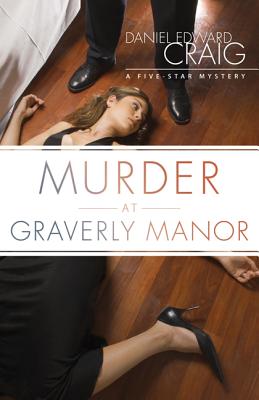 Hotelier Trevor Lambert is about to fulfill his ultimate fantasy—managing his own bed and breakfast, a Victorian mansion in Vancouver called Graverly Manor. But there's one caveat: the elderly owner, Lady Graverly, won't sell until Trevor lives and works there for one month. Screams in the night, foul odors, and the sudden disappearance of a chambermaid have Trevor looking over his shoulder. Grim rumors surrounding Lady Graverly's tragic and suspicious past hint at possible murder. Now Trevor must piece together the whole story before these dark family secrets turn his dream into a nightmare. First-class praise for the Five-Star Mystery series: "This fast-paced puzzler shines with droll wit and hotel-savvy details."—Publishers Weekly "Craig has kicked off his series with a bang, a big bang of a book. Wonderfully clever and well executed."—Crimespree Magazine.

Daniel Edward Craig, author of the Five-Star Mystery series, draws on his years working in luxury hotels to delight readers with his hilarious behind-the-scenes novels set in the hotel business, where things are never as calm and dignified as they seem. Craig now works as a writer and consultant in Vancouver. He travels extensively, being particularly passionate about hotels, having stayed in—and worked for—some of the best in the world.