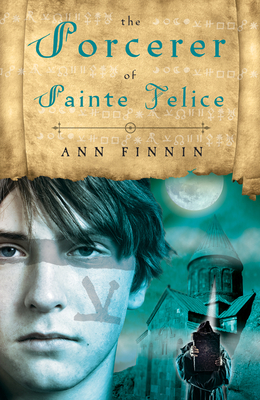 The Sorcerer of Sainte Felice

"I was only an apprentice. I swear it. By all the angels in Heaven." Condemned to death by the Holy Office for sorcery, fifteen-year-old Michael de Lorraine is rescued from the flames by Abbot Francis and granted refuge at Sainte Felice, a Benedictine monastery in fifteenth-century France. Michael learns that this strange and wonderful place, famous for its healing wine, harbors renegade monk-sorcerers, enchanted gargoyles, and a closely guarded secret that could spell violent death for the Abbot. As the church intensifies its cruel pursuit of Michael, Abbot Francis and the wizard monks find themselves in grave danger. Michael will do anything to protect his mentor, but are his own magical powers great enough to save the monastery from the merciless, bloodthirsty Inquisition?

Ever since escaping from a convent school at fifteen, Ann Finnin's life has been a continuous journey into magic. A Celtic harpist, Renaissance festival enthusiast, and lay historian, Finnin works as a freelance technical writer in the Healthcare industry. She and her husband live outside Los Angeles with their black Lab, Hunter. The Sorcerer of Sainte Felice is her debut novel.
Loading...
or
Not Currently Available for Direct Purchase