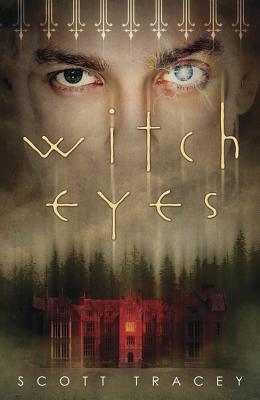 Braden's witch eyes give him an enormous power. A mere look causes a kaleidoscopic explosion of emotions, memories, darkness, and magic. But this rare gift is also his biggest curse. Compelled to learn about his shadowed past and the family he never knew, Braden is drawn to the city of Belle Dam, where he is soon caught between two feuding witch dynasties. Sworn rivals Catherine Lansing and Jason Thorpe will use anything--lies, manipulation, illusion, and even murder--to seize control of Braden's powers. To stop an ancient evil from destroying the town, Braden must master his gift, even through the shocking discovery that Jason is his father. While his feelings for an enigmatic boy named Trey grow deeper, Braden realizes a terrible truth: Trey is Catherine Lansing's son . . . and Braden may be destined to kill him.

Scott Tracey aspired to be a writer from a young age. His debut novel, Witch Eyes, was named to the 2012 Popular Paperbacks for Young Readers list in the forbidden romance category and ranked among the top ten gay and lesbian Kindle books of 2011 at Amazon.com. Tracey lives near Cleveland, Ohio.
or
Not Currently Available for Direct Purchase
Copyright © 2020 American Booksellers Association