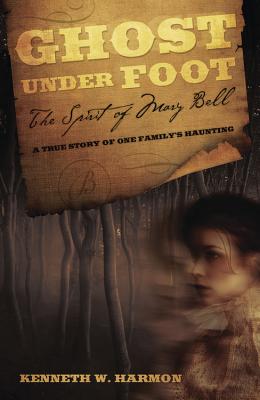 The Spirit of Mary Bell: A True Story of One Family's Haunting

Weeks after settling into their new home in Fort Collins, Colorado, retired police officer Kenneth W. Harmon and his family make a chilling discovery: they're living with a ghost. This true haunting story begins during a ghost tour at the famous Stanley Hotel, where the Harmons experienced headaches and paranormal phenomena. Once back at home, strange rapping noises, eerie whispers captured on film, and unidentified figures in his photographs compel Ken to research the land's history. What he learns shocks everyone: in the backyard sits the unmarked grave of Mary Bell Wilson, a young woman who died of typhoid fever in the late 1880s. As his fixation grows, Ken uses a dowsing rod to communicate with Mary Bell's spirit and investigate her brief life. The spirit's surprising answers shed light on the nature of the spirit world and the mysteries of crossing over.

Kenneth W. Harmon (Fort Collins, CO) was a finalist for the 2009 Pacific Northwest Writer’s Association Zola Award. His short fiction and other writings have appeared in several magazines.
Loading...
or
Not Currently Available for Direct Purchase