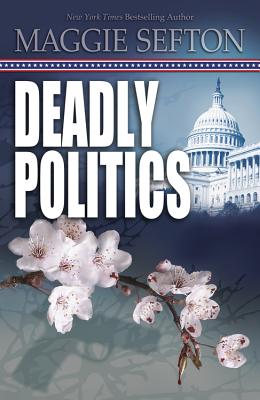 Molly Malone was driven from Washington, D.C., by political back-stabbing, scandals, and personal heartbreak. But now she's starting a new life in the one place she swore she'd never come back to.

When Molly's only Washington job prospect falls through, her politico niece, Karen, sets her up with a position in the office of a freshman senator. As the former wife of a congressman, Molly is alarmed to hear that Karen is having an affair with her boss, congressional chief of staff Jed Molinoff. Just days later, Molly finds Karen shot to death. Discovering that Molinoff has ransacked Karen's apartment, Molly investigates further . . . and finds herself in the crosshairs of a shadowy political group that's killing anyone who gets in its way.

"Sefton entertains while providing an unnerving behind-the-scenes view of D.C. politics, where power and politics can make a lethal combination."--The Free Lance-Star

"Sefton has a sharp ear for dialog and knack for writing strong female characters that serve her well as she ventures into suspense."--Library Journal

Maggie Sefton is the New York Times bestselling author of Knitting Mystery series (Berkeley Prime Crime). Her debut knitting mystery, Knit One, Kill Two, was named an Agatha Award finalist in 2005. Sefton was born in Richmond, Va., and grew up in Arlington, Va. She is a former certified public accountant, and now resides in Fort Collins, Colo. Visit the author online at MaggieSefton.com.
or
Not Currently Available for Direct Purchase
Copyright © 2020 American Booksellers Association