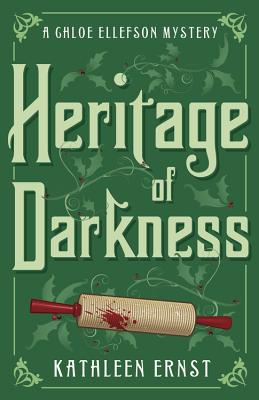 After finally reaching Vesterheim Norwegian-American Museum, Chloe's resolve to remain positive is squashed when she and Roelke find Petra Lekstrom's body in one of the antique immigrant trunks. Everyone is shaken by the instructor's murder, and when Mom volunteers to take over the beginners' class, Chloe is put in the hot seat of motherly criticism. As she investigates, Chloe uncovers dark family secrets that could be deadly for Mom...and even herself.

Includes photos of featured artifacts from the real Norwegian-American museum

Chloe's fourth...provides a little mystery, a little romance and a little more information about Norwegian folk art and tales.--Kirkus Reviews