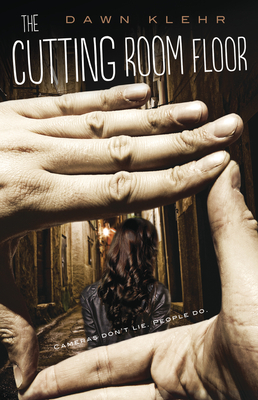 EXT. THE FROSTS' FRONT PORCH - NIGHT The camera moves in on RILEY FROST, a beautiful 17-year-old girl with long dark hair, crying on the porch step. RILEY (voiceover) The gossip has spread far and wide. My secret girlfriend publicly dumped and outed me at the same time, and now I'm on social death row. But that's not the worst of it. My favorite teacher, Ms. Dunn, was murdered at school. Now I'm beginning to feel like I'm trapped in a whodunit movie. And I can't help thinking that Ms. Dunn's killer is close by. CUT TO: CLOSE UP: DESMOND BRANDT DEZ, a handsome 17-year-old boy, peers through his window at RILEY. DEZ (voiceover) I do this a lot--watch my life through the eyes of a director. I want to be that one person in charge. I wish I didn't crave control. But I do . . . badly. And though I might not be able to control Riley, I can help get her to where she needs to be. Convince. Persuade. Protect. I'll make Riley love me, even if it means I have to play the villain.

Dawn Klehr (Twin Cities, MN) began her career in television, and though she's been on both sides of the camera, she now prefers to get lost in stories behind the lens. The Cutting Room Floor is her debut novel. Visit her online at http: //DawnKlehr.blogspot.com.
Loading...
or
Not Currently Available for Direct Purchase