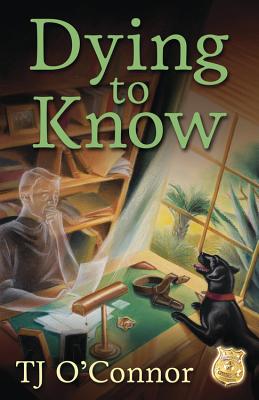 Dying is overrated. Murder is not.

Detective Oliver Tucker prefers to be the guy investigating shootings, not the guy getting shot. So when he returns as a ghost after being murdered in his home, it's only natural for Tuck to investigate the most important case of his life--his own. Detective, solve thyself

Piecing together cold cases, foggy memories, and eerie premonitions, Tuck fears that if he doesn't figure out who pulled the trigger, his wife may be the next victim. Surprised to discover many earth-bound spirits chasing the same killer, Tuck's unique perspective from the other side leads him to a chilling conclusion--it's the living, not the dead, who are most terrifying.

O'Connor's debut...provides plenty of suspects and an eclectic mix of motives among the living.--Kirkus Reviews

A] great start to a new series.--Mystery Scene