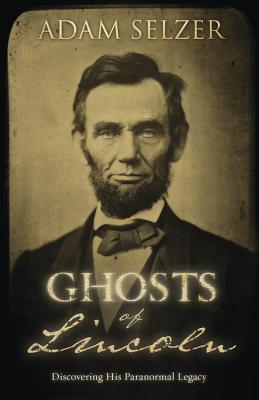 Abraham Lincoln is one of the most haunted--and haunting--presidents in US history. Sightings of Lincoln's ghost, as well as the ghost of his assassin, have been reported for more than 150 years. Visited by eerie premonitions, morbid dreams, and unusual events that seem too bizarre to be coincidence, Lincoln has become the source of dozens of myths and paranormal mysteries.

Investigating everything from obscure seance transcripts and nearly forgotten newspaper articles to the most peculiar paranormal claims, Ghosts of Lincoln digs deep into the annals of history and reveals the fascinating true stories behind the tales, rumors, and lore.

Adam Selzer is the author of more than a dozen books, including several novels and the acclaimed Smart Aleck's Guide to American History. While doing research for stories to tell on the ghost tours that he's run in Chicago for nearly a decade, he developed a knack for discovering new clues to old mysteries. With his trademark smart-alecky humor, he's applied himself to wading through mountains of death certificates, poring through reels and reels of newspaper archives, and, occasionally, sticking his head right into crumbling old tombs. He lives with his wife in a small Chicago apartment where the cats have them outnumbered and know it. Visit him online at Adamselzer.com.
or
Not Currently Available for Direct Purchase
Copyright © 2020 American Booksellers Association