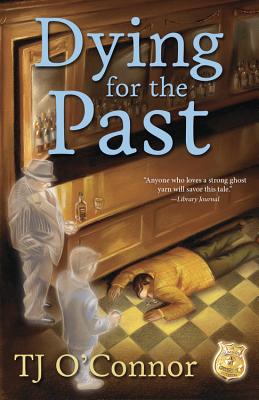 Dying for the Past (Gumshoe Ghost Mystery #2)


. . . Neither is the murder of a mysterious philanthropist with ties to the Russian mob and 1939 gangsters.

At an A-list charity ball organized by his wife, Angela, former detective Oliver "Tuck" Tucker is doing his best to prove that ghosts know how to have a good time--until a man is murdered in cold blood on the dance floor.

Never one to let a mystery go unsolved, Tuck is on the case with help from Angela and his former police-detective partners. Together, they must be the first to read "the book"--deceased gangster Vincent Calabrese's journal that names names and reveals the dirty secrets of several modern-day spies.

As Tuck learns the book's secrets, he begins to unravel his own family's wayward past, leading to the question--is being a ghost hereditary? Even while chasing a killer, the biggest challenge Tuck must conquer is how to be back amongst the living . . . but not one of them.

"The twisty plot is well delivered . . . Anyone who loves a strong ghost yarn will savor this tale."--Library Journal