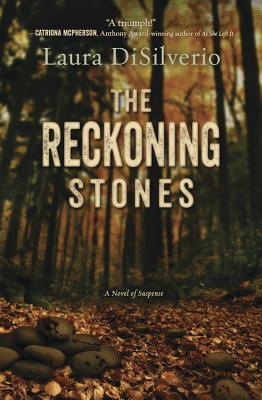 Let whoever is without sin cast the first stone

Nobody believed that Pastor Matt raped her. The tight-knit religious community punished her when she spoke out, expected fifteen-year-old Mercy to repent for making false allegations. Instead, she ran. And somebody--her father?--beat Pastor Matt into a coma and left his wife for dead.

Twenty-three years later, Iris has put a life together, transformed herself from runaway teen Mercy Asher to sought-after jewelry designer Iris Dashwood. But now that Pastor Matt's awake, she's sliding back, losing ground to the painful memories she's barely kept at bay. Iris has no choice but to return to Lone Pine--to confront the man who tore her life apart and recover the truth from a community that protects its own.

Winner of the 2016 Colorado Book Award for Mystery

Outstanding.--Library Journal (starred review) and Pick of the Month

This utterly compelling novel grabs you on page one and drags you into the dark heart of a family and a church gone wrong...A triumph --Catriona McPherson, Anthony Award-winning author of As She Left It

Laura DiSilverio is the national bestselling and award-winning author of 20 mystery and suspense novels and a YA dystopian trilogy. Her 2015 standalone, The Reckoning Stones, won the Colorado Book Award for Mystery, and Library Journal named her most recent title, Close Call, one of the Top Five mysteries of 2016. Her books have received starred reviews from Publishers Weekly, Library Journal, Booklist and Kirkus. She is a former Air Force intelligence officer and past President of Sisters in Crime. She can be found online at www.LauraDiSilverio.com.
Loading...
or
Not Currently Available for Direct Purchase