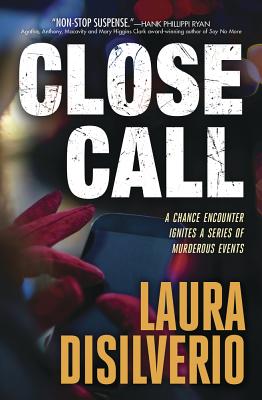 Mistaking a killer's phone for her own, Sydney Ellison is drawn back to a past she thought she'd left behind for good

After living through the media shaming of a political sex scandal when she was in college, Sydney Ellison fears notoriety above all. So when she stumbles onto a plot to assassinate a senator, she resists contacting the police. Before she can make herself do the right thing, the assassin tracks her down and kills her fianc . Now a murder suspect and a killer's target, Sydney reluctantly enlists the aid of her estranged sister, who betrayed her fifteen years earlier. Sydney must overcome her distrust and put all she has worked for on the line to stop the killer and his employer before more people die.

Named one of Library Journal's Best Books of 2016 in Mystery

DiSilverio's excellent plotting in her stand-alone thriller will keep readers on the edge of their seats...A treat for Megan Abbott fans.--Library Journal(starred review)

This stand-alone has a fast-moving plot that's so engrossing.--Kirkus Reviews

Twisty, intriguing, and terrific An engaging heroine with a heart-breakingly complicated secret, a bitter family feud, conspiracy in the nation's capital, and non-stop suspense. Fans of David Baldacci . . . will cheer this emotional and exciting thriller. Loved it --Hank Phillippi Ryan, Agatha, Anthony and Mary Higgins Clark Award-winning author of Say No More

Laura DiSilverio is the national bestselling and award-winning author of 20 mystery and suspense novels and a YA dystopian trilogy. Her 2015 standalone, The Reckoning Stones, won the Colorado Book Award for Mystery, and Library Journal named her most recent title, Close Call, one of the Top Five mysteries of 2016. Her books have received starred reviews from Publishers Weekly, Library Journal, Booklist and Kirkus. She is a former Air Force intelligence officer and past President of Sisters in Crime. She can be found online at www.LauraDiSilverio.com.
Loading...
or
Not Currently Available for Direct Purchase