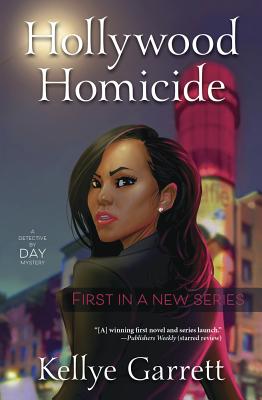 Winner of the 2018 Anthony Award for Best First Novel

Winner of the 2017 Agatha Award for Best First Novel

Also a Lefty Award Winner and a Barry Award-Nominated Title

The Surprise Hit of the Season

Dayna Anderson doesn't set out to solve a murder. All the semifamous, mega-broke actress wants is to help her parents keep their house. So after witnessing a deadly hit-and-run, she pursues the fifteen grand reward. But Dayna soon finds herself doing a full-on investigation, wanting more than just money--she wants justice for the victim. She chases down leads at paparazzi hot spots, celeb homes, and movie premieres, loving every second of it--until someone tries to kill her. And there are no second takes in real life.

"A smart, sassy debut, introducing an appealing protagonist with amusing friends."--Library Journal (starred review) and Debut of the Month

"Veteran TV writer Garrett uses her Cold Case experience to inform her debut, which sets up more than one charming character and isn't afraid to go cynical on all things LA."--Kirkus Reviews

"Funny, lively characters populate this new Detective by Day series...this will be an entertaining entry into the amateur sleuth genre."--RT Book Reviews

Kellye Garrett (East Orange, NJ) spent eight years working in Hollywood, including a stint writing for Cold Case. The first book in her Detective by Day Mystery series, Hollywood Homicide, won the Agatha, Lefty and Independent Publisher IPPY awards for best first novel. A former magazine editor, she holds a BS in magazine writing from Florida A&M and an MFA in screenwriting from USC's famed film school. She now works for a leading media company and brainstorms ways to commit murder for her novels.
Loading...
or
Not Currently Available for Direct Purchase