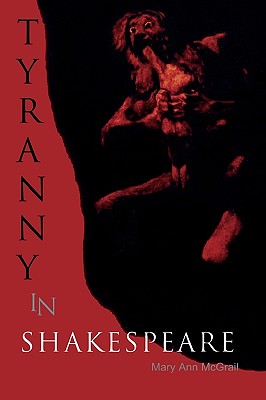 Even the most explicitly political contemporary approaches to Shakespeare have been uninterested by his tyrants as such. But for Shakespeare, rather than a historical curiosity or psychological aberration, tyranny is a perpetual political and human problem. Mary Ann McGrail's recovery of the playwright's perspective challenges the grounds of this modern critical silence. She locates Shakespeare's expansive definition of tyranny between the definitions accepted by classical and modern political philosophy. Is tyranny always the worst of all possible political regimes, as Aristotle argues in his Politics? Or is disguised tyranny, as Machiavelli proposes, potentially the best regime possible? These competing conceptions were practiced and debated in Renaissance thought, given expression by such political actors and thinkers as Elizabeth I, James I, Henrie Bullinger, Bodin, and others. McGrail focuses on Shakespeare's exploration of the conflicting and contradictory passions that make up the tyrant and finds that Shakespeare's dramas of tyranny rest somewhere between Aristotle's reticence and Machiavelli's forthrightness. Literature and politics intersect in Tyranny in Shakespeare, which will fascinate students and scholars of both.

Mary Ann McGrail is currently an attorney and Federal Judicial Clerk, Eighth Circuit Court of Appeals, J.D. She holds a Ph.D. in Renaissance Literature.
Loading...
or support indie stores by buying on