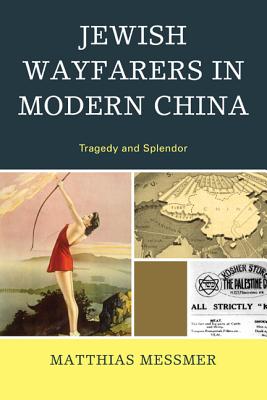 Jewish Wayfarers in Modern China focuses on the many extraordinary contacts between East and West in China during the 20th century. Through a collection of short biographies situated in the context of Chinese and Western history, it offers a panoramic view of China as experienced by many different persons of Jewish origins during their sojourn in the Middle Kingdom. The book offers a journey across vast reaches of space and back through time. Our impressions of visits to China have often been biased by sensational journalism, Hollywood films and literary entertainment that have distorted the reality of this vast country. Jewish Wayfarers in Modern China offers the reality of life in twentieth century China through the carefully-researched biographies of a variety of typical and less typical Western visitors to the Middle Kingdom.

Matthias Messmer was born 1967 in St. Gallen, Switzerland. He received his M.A. in Political Science, Law and Economics (St. Gallen) and Ph.D. in Social Sciences (Konstanz). His research is focused on intercultural subjects and topics related to China and Chinese culture. Dr. Messmer is also affiliated with the University of Fribourg (Switzerland) as Senior Research Fellow and his projects include cultural documentation and criticism in the form of writing and photography. He has previously published books (in German) such as Soviet and Post-Communist Antisemitism (1997) and China-West-Eastern Encounters (2007). In 2013, he authored (together with Hsin-Mei Chuang) the book China's Vanishing Worlds: Countryside, Traditions and Cultural Spaces (Cambridge: MIT Press). In 2018, he published the book China at its Limits: An Empire's Rise Beyond its Borders (Berlin: Kerber) together with Hsin-Mei Chuang.
Loading...
or support indie stores by buying on