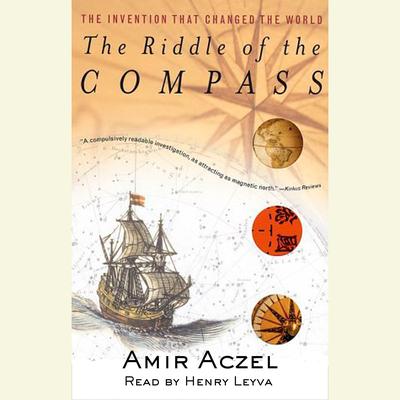 The story of the compass is shrouded in mystery and myth, yet most will agree it begins around the time of the birth of Christ in ancient China. A mysterious lodestone whose powers affected metal was known to the Chinese emperor. When this piece of metal was suspended in water, it always pointed north. This unexplainable occurrence led to the stone's use in feng shui, the Chinese art of finding the right location. However, it was the Italians, more than a thousand years later, who discovered the ultimate destiny of the lodestone and unleashed its formidable powers. In Amalfi sometime in the twelfth century, the compass was born, crowning the Italians as the new rulers of the seas and heralding the onset of the modern world. Retracing the roots of the compass and sharing the fascinating story of navigation through the ages, The Riddle of the Compass is Aczel at his most entertaining and insightful.

Amir D. Aczel is the author of many research articles on mathematics, two textbooks, and nine nonfiction books, including the international bestseller Fermat's Last Theorem, which was nominated for a Los Angeles Times Book Award. Aczel has appeared on over thirty television programs, including nationwide appearances on CNN, CNBC, and Nightline, and on over a hundred radio programs, including NPR's Weekend Edition and Morning Edition. Aczel is a Fellow of the John Simon Guggenheim Memorial Foundation.