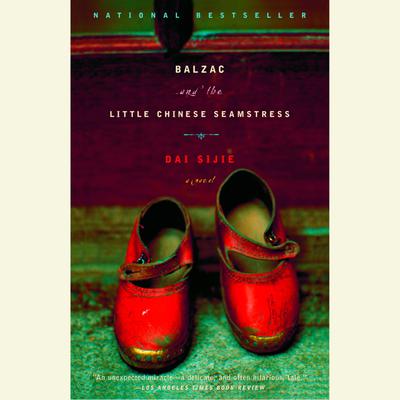 At the height of Mao’s infamous Cultural Revolution, two boys are among hundreds of thousands exiled to the countryside for “re-education.” The narrator and his best friend, Luo, guilty of being the sons of doctors, find themselves in a remote village where, among the peasants of Phoenix mountain, they are made to cart buckets of excrement up and down precipitous winding paths. Their meager distractions include a violin—as well as, before long, the beautiful daughter of the local tailor.

But it is when the two discover a hidden stash of Western classics in Chinese translation that their re-education takes its most surprising turn. While ingeniously concealing their forbidden treasure, the boys find transit to worlds they had thought lost forever. And after listening to their dangerously seductive retellings of Balzac, even the Little Seamstress will be forever transformed.

From within the hopelessness and terror of one of the darkest passages in human history, Dai Sijie has fashioned a beguiling and unexpected story about the resilience of the human spirit, the wonder of romantic awakening and the magical power of storytelling.

He left China in 1984 for France, where he has lived and worked ever since. This, his first novel, was an overnight sensation when it appeared in France in 2000, becoming an immediate best-seller and winning five prizes. Rights to the novel have been sold in nineteen countries, and it is soon to be made into a film.