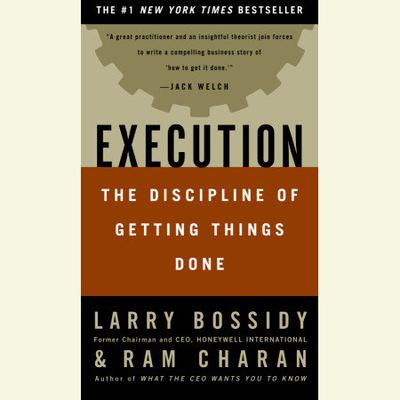 Larry Bossidy is the retired chairman of the board and CEO of Honeywell International, a global $24 billion advanced technology, controls, and manufacturing company. He began his career at General Electric, where he served in a number of executive and financial positions, including COO of GE Capital, executive vice president and president of GE’s Services and Materials Sector, and vice chairman and executive officer. In 1991 Mr. Bossidy joined AlliedSignal Inc. as chairman and CEO and merged the company with Honeywell in 1999.

Ram Charan is a highly acclaimed business advisor, speaker, and author, well known for his practical, real-world perspective. He was a Baker Scholar at Harvard Business School where he earned his MBA degree with Distinction, as well as his DBA. Dr. Charan is also the author of What the CEO Wants You to Know, Profitable Growth Is Everyone’s Business, The Leadership Pipeline, and Boards at Work. His articles have appeared in Fortune and Harvard Business Review.