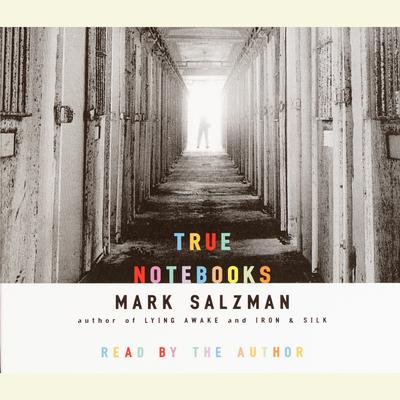 A Writer's Year at Juvenile Hall

When Mark Salzman is invited to visit a writing class at Central Juvenile Hall, a lockup for Los Angeles’s most violent teenage offenders, he scrambles for a polite reason to decline. He goes—expecting the worst—and is so astonished by what he finds that he becomes a teacher there himself. True Notebooks is an account of Salzman’s first years teaching at Central. Through it, we come to know his students as he did: in their own words.

At times impossible and at times irresistible, they write with devastating clarity about their pasts, their fears, their confusions, their regrets, and their hopes. They write about what led them to crime and to gangs, about love for their mothers and anger toward their (mostly absent) fathers, about guilt for the pain they have caused, and about what it is like to be facing life in prison at the age of seventeen. Most of all, they write about trying to find some reason to believe in themselves—and others—in spite of all that has gone wrong.
Surprising, charming, upsetting, enlightening, and ultimately hopeful—driven by the insight and humor of Salzman’s voice and by the intelligence, candor, and strength of his students, whose writing appears throughout the book—True Notebooks is itself a reward of the self-expression Mark Salzman teaches: a revelatory meditation on the process, power, and meaning of writing.

Mark Salzman is the author of Iron & Silk, an account of his two years in China; the novels The Laughing Sutra and The Soloist, which was a finalist for the Los Angeles Times Book Prize for fiction; and Lost in Place, a memoir. He lives in Los Angeles with his wife, filmmaker Jessica Yu.