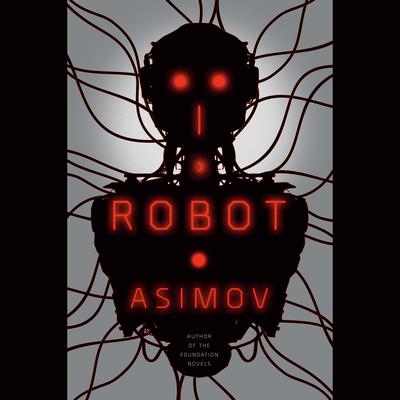 This classic science fiction masterwork by Isaac Asimov weaves stories about robots, humanity, and the deep questions of existence into a novel of shocking intelligence and heart.

“A must-read for science-fiction buffs and literature enjoyers alike.”—The Guardian

I, Robot, the first and most widely read book in Asimov’s Robot series, forever changed the world’s perception of artificial intelligence. Here are stories of robots gone mad, of mind-reading robots, and robots with a sense of humor. Of robot politicians, and robots who secretly run the world—all told with the dramatic blend of science fact and science fiction that has become Asimov’s trademark.

With these three, simple directives, Isaac Asimov formulated the laws governing robots’ behavior. In I, Robot, Asimov chronicles the development of the robot from its primitive origins in the present to its ultimate perfection in the not-so-distant future—a  future in which humanity itself may be rendered obsolete.

“Tremendously exciting and entertaining . . . Asimov dramatizes an interesting question: How can we live with machines that, generation by generation, grow more intelligent than their creators and not eventually clash with our own invention?”—The Chicago Tribune

Isaac Asimov began his Foundation Series at the age of twenty-one, not realizing that it would one day be considered a cornerstone of science fiction. During his legendary career, Asimov penned pver 470 books on subjects ranging from science to Shakespeare to history, though he was most loved for his award-winning science fiction sagas, which include the Robot, Empire, and Foundation series. Named a Grand Master of Science Fiction by the Science Fiction Writers of America, Asimov entertained and educated readers of all ages for close to five decasdes. He died, at age of seventy-two, in April 1992.