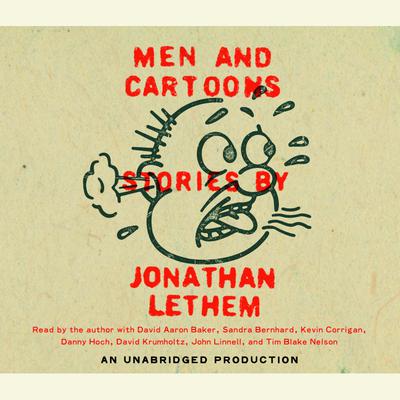 Jonathan Lethem's new collection of stories is a feast for his fans and the perfect introduction for new listeners-- a smorgasbord of fantastic, amusing, poignant tales written in a dizzying variety of styles. Lethem is a trailblazer fo a new kind of literary fiction, sampling high and low culture to create fictional worlds that are utterly original. Longtime fans will recognize echoes of Lethem's novels in all these pieces--narrators who can't stop babbling, hapless detectives, people with unusual powers that do them no good, hot-blooded academics, the keen loss of love, clever repartee masking desperation, stumbling romances, and the obligations of friendship.

Sparkling with off-beat humor and subtle insights that have made Lethem one of today's most highly praised writers, the stories in MEN AND CARTOONS will delight Lethem's legion of fans and appeal to a host of new listeners.