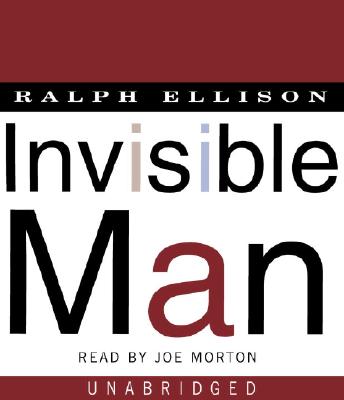 Selected by the Modern Library as one of the 100 best novels of all time Ralph Elllison's Invisible Man is a monumental novel, one that can well be called an epic of modern American Negro life. It is a strange story, in which many extraordinary things happen, some of them shocking and brutal, some of them pitiful and touching--yet always with elements of comedy and irony and burlesque that appear in unexpected places. It is a book that has a great deal to say and which is destined to have a great deal said about it. After a brief prologue, the story begins with a terrifying experience of the hero's high school days, moves quickly to the campus of a Southern Negro college and then to New York's Harlem, where most of the action takes place. The many people that the hero meets in the course of his wanderings are remarkably various, complex and significant. With them he becomes involved in an amazing series of adventures, in which he is sometimes befriended but more often deceived and betrayed--as much by himself and his own illusions as by the duplicity of the blindness of others. Invisible Man is not only a great triumph of storytelling and characterization; it is a profound and uncompromising interpretation of the Negro's anomalous position in American society. From the Hardcover edition.

Ralph Ellison was born in Oklahoma and trained as a musician at Tuskegee Institute from 1933 to 1936, at which time a visit to New York and a meeting with Richard Wright led to his first attempts at fiction. Invisible Man won the National Book Award and the Russwurm Award. Appointed to the Academy of American Arts and Letters in 1964, Ellison taught at many colleges including Bard College, the University of Chicago, and New York University where he was Albert Schweitzer Professor of Humanities from 1970 through 1980. Ralph Ellison died in 1994.
Loading...
or
Not Currently Available for Direct Purchase