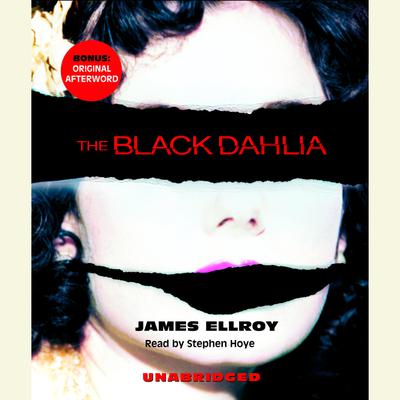 On January 15, 1947, the torture-ravished body of a beautiful young woman is found in a vacant lot. The victim makes headlines as the Black Dahlia–and so begins the greatest manhunt in California history.

Caught up in the investigation are Bucky Bleichert and Lee Blanchard. Both are obsessed with the Dahlia–driven by dark needs to know everything about her past, to capture her killer, to possess the woman even in death. Their quest will take them on a hellish journey through the underbelly of postwar Hollywood, to the core of the dead girl's twisted life, past the extremes of their own psyches–into a region of total madness.

James Ellroy was born in Los Angeles in 1948. His L.A. Quartet novels–The Black Dahlia, The Big Nowhere, L.A. Confidential, and White Jazz–were international bestsellers. American Tabloid was Time’s Novel of the Year for 1995; his memoir My Dark Places was a Time Best Book of the Year and a New York Times Notable Book for 1996; his most recent novel, The Cold Six Thousand, was a New York Times Notable Book and a Los Angeles Times Best Book of the Year for 2001. He lives on the California coast.