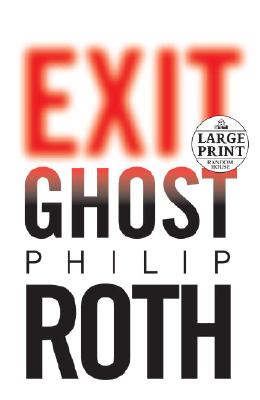 Alone in his New England mountain, Nathan Zukerman had been nothing but a writer: no voices, no media, no terrorist threats, no women, and no news.

Now, back in New York City, walking the streets like a revenant, he quickly makes three connections that explode his carefully protected solitude. Suddenly involved, as he never wanted or intended to be involved again, with love, mourning, desire and animosity, Zukerman plays out an interior drama of vivid and poignant possibilities.

Haunted by Roth's earlier work The Ghost Writer, Exit Ghost is an amazing leap into yet another phase in this great writer's insatiable commitment to fiction.

“[Roth's] prose is as assured and inviting as ever. . . . Exit Ghost delivers pages of great, sad power.”
—The Washington Post Book World

“This book is latter-day Roth at his intricately thoughtful best.”
—The New York Times Book Review

“Even in the face of death these characters are vivid and alive. . . . Roth is without a doubt one of the greatest living American writers, if not the greatest.”
—The San Francisco Chronicle

In 1997 Philip Roth won the Pulitzer Prize for "American Pastoral." In 1998 he received the National Medal of Arts at the White House and in 2002 the highest award of the American Academy of Arts and Letters, the Gold Medal in Fiction. He has twice won the National Book Award and the National Book Critics Circle Award. He has won the PEN/Faulkner Award three times. In 2005 "The Plot Against America" received the Society of American Historians' Prize for "the outstanding historical novel on an American theme for 2003-2004." Recently Roth received PEN's two most prestigious awards: in 2006 the PEN/Nabokov Award and in 2007 the PEN/Bellow Award for achievement in American fiction. Roth is the only living American novelist to have his work published in a comprehensive, definitive edition by the Library of America. In 2011 he received the National Humanities Medal at the White House, and was later named the fourth recipient of the Man Booker International Prize.
Loading...
or
Not Currently Available for Direct Purchase