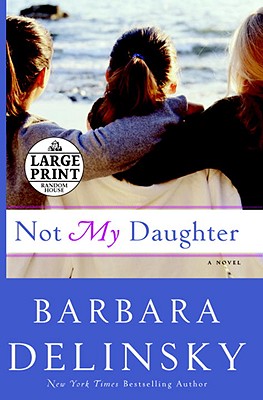 A pregnancy pact between three teenaged girls puts their mothers' love to the ultimate test in this explosive new novel from Barbara Delinsky, "a first-rate storyteller who creates characters as familiar as your neighbors." ("Boston Globe")


Praise For Not My Daughter…

PRAISE FOR NOT MY DAUGHTER


"A topical tale that resonates with timeless emotion."  —People, 3 1/2 stars

"Delinsky proves once again why she's a perennial bestseller with this thought-provoking tale.... Timely, fresh, and true-to-life." —Publishers Weekly

"Emotionally intelligent... Delinsky has a knack for exploring the battlefields of contemporary life." —Kirkus

"Delinsky is a first-rate storyteller who creates believable, sympathetic characters who seem as familiar as your neighbors.”
—The Boston Globe

BARBARA DELINSKY has more than thirty million copies of her books in print. She lives with her family in New England. "From the Hardcover edition."
Loading...
or
Not Currently Available for Direct Purchase