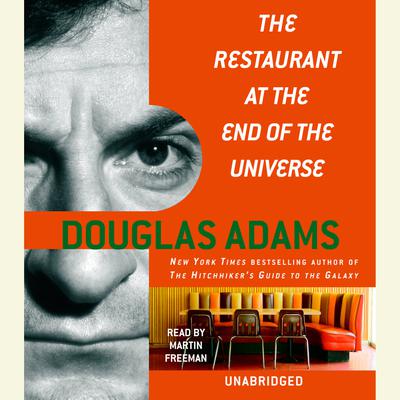 Among Arthur’s motley shipmates are Ford Prefect, a longtime friend and expert contributor to The Hitchhiker’s Guide to the Galaxy; Zaphod Beeblebrox, the three-armed, two-headed ex-president of the galaxy; Tricia McMillan, a fellow Earth refugee who’s gone native (her name is Trillian now); and Marvin, the moody android. Their destination? The ultimate hot spot for an evening of apocalyptic entertainment and fine dining, where the food speaks for itself (literally).

Douglas Adams was the bestselling author of many works including The Hitchhiker’s Guide to the Galaxy, recently released as a major motion picture. He died in 2001.