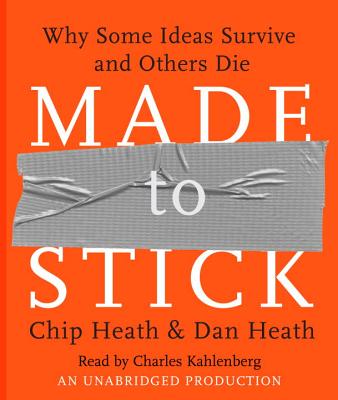 Made to Stick (CD-Audio)

NEW YORK TIMES BESTSELLER • The instant classic about why some ideas thrive, why others die, and how to improve your idea’s chances—essential reading in the “fake news” era.

Together, Chip and Dan have written three New York Times bestselling books: Made to Stick, Switch, and Decisive. Their books have sold over two million copies worldwide and have been translated into thirty-three languages, including Thai, Arabic, and Lithuanian. Their most recent book is The Power of Moments.
or
Not Currently Available for Direct Purchase
Copyright © 2020 American Booksellers Association