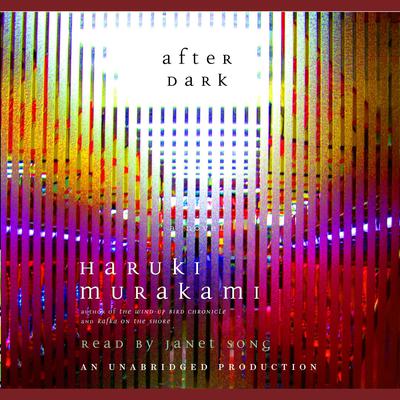 A short, sleek novel of encounters set in Tokyo during the witching hours between midnight and dawn, and every bit as gripping as Haruki Murakami’s masterworks The Wind-Up Bird Chronicle and Kafka on the Shore.
At its center are two sisters–Eri, a fashion model slumbering her way into oblivion, and Mari, a young student soon led from solitary reading at an anonymous Denny’s toward people whose lives are radically alien to her own: a jazz trombonist who claims they’ve met before, a burly female “love hotel” manager and her maid staff, and a Chinese prostitute savagely brutalized by a businessman.
After Dark moves from mesmerizing drama to metaphysical speculation, interweaving time and space as well as memory and perspective into a seamless exploration of human agency. Murakami’s trademark humor, psychological insight, and grasp of spirit and morality are here distilled with an extraordinary, harmonious mastery.
Loading...