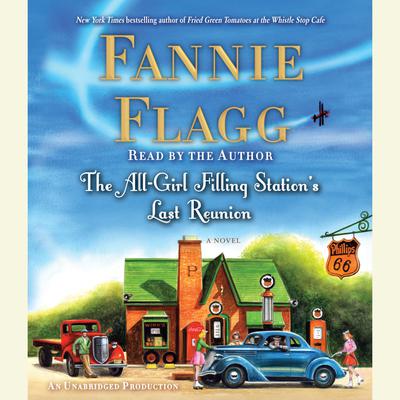 The one and only Fannie Flagg, beloved author of Fried Green Tomatoes at the Whistle Stop Cafe, Can’t Wait to Get to Heaven, and I Still Dream About You, is at her hilarious and superb best in this new comic mystery novel about two women who are forced to reimagine who they are.

Mrs. Sookie Poole of Point Clear, Alabama, has just married off the last of her daughters and is looking forward to relaxing and perhaps traveling with her husband, Earle. The only thing left to contend with is her mother, the formidable Lenore Simmons Krackenberry. Lenore may be a lot of fun for other people, but is, for the most part, an overbearing presence for her daughter. Then one day, quite by accident, Sookie discovers a secret about her mother’s past that knocks her for a loop and suddenly calls into question everything she ever thought she knew about herself, her family, and her future.

Sookie begins a search for answers that takes her to California, the Midwest, and back in time, to the 1940s, when an irrepressible woman named Fritzi takes on the job of running her family’s filling station. Soon truck drivers are changing their routes to fill up at the All-Girl Filling Station. Then, Fritzi sees an opportunity for an even more groundbreaking adventure. As Sookie learns about the adventures of the girls at the All-Girl Filling Station, she finds herself with new inspiration for her own life.

Fabulous, fun-filled, spanning decades and generations, and centered on a little-known aspect of America’s twentieth-century story, The All-Girl Filling Station’s Last Reunion is another irresistible novel by the remarkable Fannie Flagg.

“If all the self-help books that promote ways to ‘find yourself’ were stacked in an enormous pile . . . none would approach the sweet wisdom with which Flagg infuses The All-Girl Filling Station’s Last Reunion.”—Richmond Times-Dispatch

“It’s Flagg’s pleasure to hit her characters with several happy endings, but the real happiness is that she’s given us another lovable—and quirky—novel.”—The Washington Post

“The kind of story that keeps readers turning pages in a fever . . . There are plot twists, adventure, heartbreak, and familial love in spades.”—Publishers Weekly

“Fannie flies high, and her fans will enjoy the ride. . . . A charming story written with wit and empathy . . . just the right blend of history and fiction.”—Kirkus Reviews

“Fannie Flagg is a fantastic storyteller. She surprises the reader in every chapter with unexpected twists and turns. The only problem I had with this fascinating story is that it ended too soon. I can’t wait for her next book.”—Carol Burnett

“The All-Girl Filling Station’s Last Reunion is an absolute joy to read, full of Fannie Flagg's trademark humor, warmth, tenderness, and heart. If you’re looking for a novel to lift your spirits and make you smile, this is definitely the book for you.”—Kristin Hannah

Fannie Flagg’s career started in the fifth grade when she wrote, directed, and starred in her first play, titled The Whoopee Girls, and she has not stopped since. At age nineteen she began writing and producing television specials, and later wrote for and appeared on Candid Camera. She then went on to distinguish herself as an actress and a writer in television, films, and the theater. She is the New York Times bestselling author of Daisy Fay and the Miracle Man; Fried Green Tomatoes at the Whistle Stop Cafe; Welcome to the World, Baby Girl!; Standing in the Rainbow; A Redbird Christmas; Can’t Wait to Get to Heaven; I Still Dream About You; and The All-Girl Filling Station’s Class Reunion. Flagg’s script for the movie Fried Green Tomatoes was nominated for an Academy Award and the Writers Guild of America Award and won the highly regarded Scripter Award for best screenplay of the year. Flagg lives happily in California and Alabama.