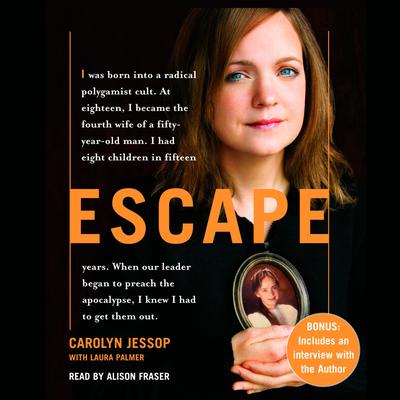 CAROLYN JESSOP was born into the Fundamentalist Church of Jesus Christ of Latter-Day Saints, a group splintered from and renounced by the Mormon Church, and spent most of her life in Colorado City, Arizona, the main base of the FLDS. Since leaving the group in 2003, she has lived in West Jordon, Utah, with her eight children. LAURA PALMER is the author of Shrapnel in the Heart and collaborated on five other books, the most recent being To Catch a Predator with NBC's Chris Hansen. She lives in New York City.