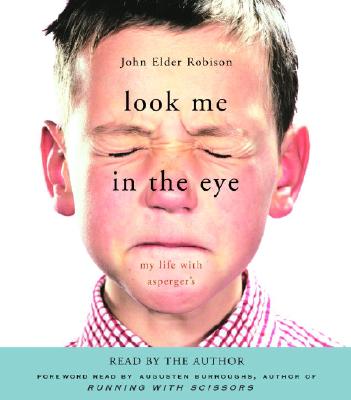 
Praise For Look Me in the Eye: My Life with Asperger's…

"Deeply felt and often darkly funny, Look Me in the Eye is a delight."
—People magazine, Critics Choice, 4 Stars

“Look Me in the Eye is a fantastic read that takes readers into the mind of an Aspergian both through its plot and through the calm, logical style in which Robison writes. . . Even if you have no personal connections with Asperger’s, you’ll find that Robison—like his brother, Burroughs—has a life worth reading about.”
—Daily Camera

“There's an endearing quality to Robison and his story that transcends the "Scissors" connection … Look Me in the Eye is often drolly funny and seldom angry or self-pitying. Even when describing his fear that he'd grow up to be a sociopathic killer, Robison brings a light touch to what could be construed as dark subject matter…Robison is also a natural storyteller and engaging conversationalist.”
—The Boston Globe

“This is no misery memoir…[Robison] is a gifted storyteller with a deadpan sense of humour and the book is a rollicking read.
—Times (London)

“Affecting, on occasion surprisingly comic memoir about growing up with Asperger’s syndrome….The view from inside this little-understood disorder offers both cold comfort and real hope, which makes it an exceptionally useful contribution to the literature.
—Kirkus Reviews