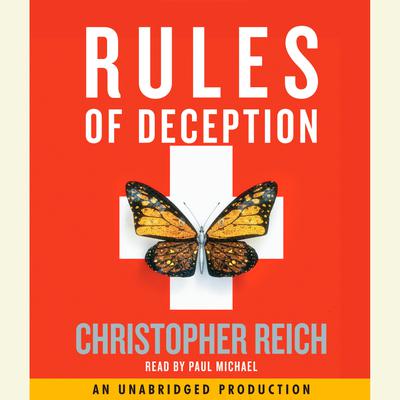 Dr. Jonathan Ransom, world-class mountaineer and surgeon for Doctors Without Borders, is climbing in the Swiss Alps with his beautiful wife, Emma, when a blizzard sets in. In their bid to escape the storm, Emma is killed when she falls into a hidden crevasse.

Twenty-four hours later, Jonathan receives an envelope addressed to his wife containing two baggage-claim tickets. Puzzled, he journeys to a remote railway station only to find himself in a life-and-death struggle for his wife’s possessions. In the aftermath of the assault, he discovers that his attackers—one dead, the other mortally wounded—were, in fact, Swiss police officers. More frightening still is evidence of an extraordinary act of betrayal that leaves Jonathan stunned.

Suddenly the subject of an international manhunt and the target of a master assassin, Jonathan is forced on the run. His only chance at survival lies in uncovering the devastating truth behind the secret his wife kept from him and in stopping the terrifying conspiracy that threatens to bring the world to the brink of annihilation. Step by step, he is drawn deeper into a world of spies, high-tech weaponry, and global terrorism—a world where no one is whom they appear to be and where the end always justifies the means.

Rules of Deception is a brilliantly conceived, twisting tale of intrigue and deceit written by the master of the espionage thriller for the twenty-first century.

CHRISTOPHER REICH is the New York Times bestselling author of Numbered Account and The Patriots Club, the latter of which won the International Thriller Writers Award for Best Novel in 2006. He lives in Southern California with his wife and children.