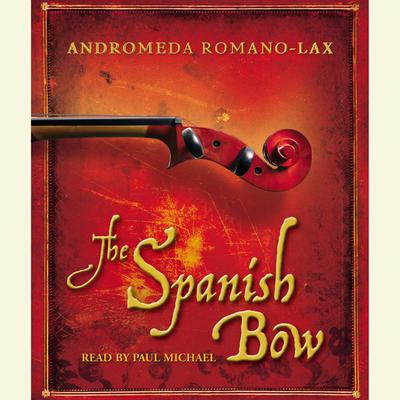 In a dusty, turn-of-the-century Catalan village, the bequest of a cello bow sets young Feliu Delargo on an unlikely path. When a local landowner’s wrath threatens his family, the Spanish bow leads Feliu to anarchist Barcelona, then on to the court in Madrid, where a music master’s daughter gives him his first lessons in the art of love. There he meets up with the charming and eccentric piano prodigy Justo Al-Cerraz and begins the lifelong friendship and rivalry that will orchestrate a tumultuous course for them both. As a war-torn world careens toward catastrophe, they make splendid music together and clash over women, politics, and almost everything else. Then Aviva, an Italian violinist with a haunted past, enters their lives, and Feliu and Justo embark upon their final and most dangerous collaboration.

Inspired by the life of Pablo Casals, The Spanish Bow illuminates the competing demands of art and conscience during the Spanish Civil War and World War II. It is a deeply imagined tale of the passions that accident bestows–and the sacrifices history exacts.

Andromeda Romano-Lax has been a journalist, a travel writer, and a serious amateur cellist. The Spanish Bow is her first novel. She lives in Anchorage, Alaska, with her family. Visit www.RomanoLax.com.