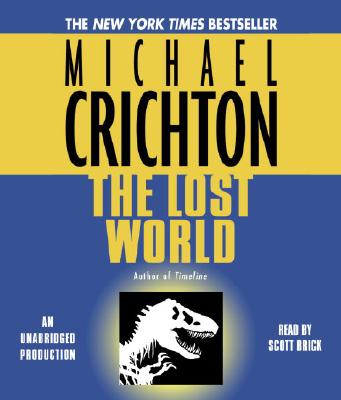 "HARROWING THRILLS . . . FAST-PACED AND ENGAGING."
--People
It is now six years since the secret disaster at Jurassic Park, six years since the extraordinary dream of science and imagination came to a crashing end--the dinosaurs destroyed, the park dismantled, the island indefinitely closed to the public.
There are rumors that something has survived. . . .
"ACTION-PACKED."
--New York Daily News
"FAST AND GRIPPING."
--The Washington Post Book World
"A VERY SCARY READ."
--Entertainment Weekly
"AN EDGE-OF-THE-SEAT TALE."
--St. Petersburg Times

Michael Crichton was born in Chicago, in 1942. His novels include" The Andromeda Strain, The Great Train Robbery, Congo, Jurassic Park, " and "Disclosure." He is also the creator of the television series "ER."
Loading...
or
Not Currently Available for Direct Purchase