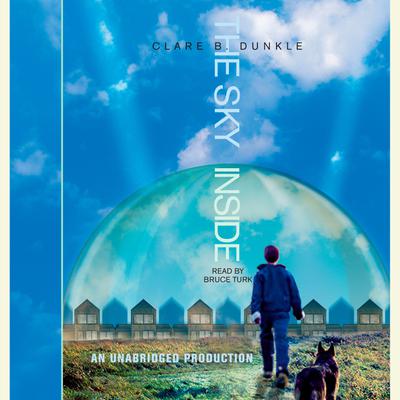 The Sky Inside (Digital Audiobook)

Martin lives in a perfect world. Every year, a new generation of genetically-engineered children is shipped out to meet their parents. Every spring the residents of his town take down the snow they’ve stuck to their windows and put up flowers. Every morning his family gathers around their television and votes, like everyone else, for whatever matter of national importance the president has on the table. Today, it is the color of his drapes. It’s business as usual under the protective dome of suburb HM1.

And it’s all about to come crashing down. Because a stranger has come to take away all the little children, including Martin’s sister, Cassie, and no one wants to talk about where she has gone. The way Martin sees it, he has a choice. He can remain in the dubious safety of HM1, with danger that no one wants to talk about lurking just beneath the surface, or he can actually break out of the suburb, into the mysterious land outside, rumored to be nothing but blowing sand for miles upon miles.
Loading...