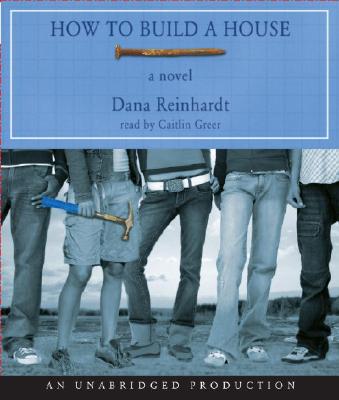 HARPER’S DAD IS getting a divorce from her beloved stepmother, Jane. Even worse, Harper has lost her stepsister, Tess; the divorce divides them. Harper decides to escape by joining a volunteer program to build a house for a family in Tennessee who lost their home in a tornado. Not that she knows a thing about construction.

Soon she’s living in a funky motel and working long days in blazing heat with a group of kids from all over the country. At the site, she works alongside Teddy, the son of the family for whom they are building the house. Their partnership turns into a summer romance, complete with power tools. Learning to trust and love Teddy isn’t easy for Harper, but it’s the first step toward finding her way back home.

Dana Reinhardt lives in Los Angeles with her husband and their two daughters. She is the author of "A Brief Chapter in My Impossible Life" and "Harmless," which are both available on audio from Listening Library.

Praise For How to Build a House…