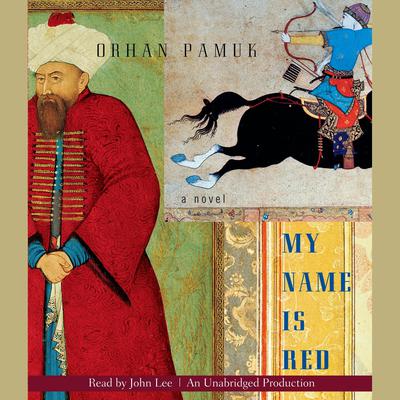 My Name Is Red (Digital Audiobook)

At once a fiendishly devious mystery, a beguiling love story, and a brilliant symposium on the power of art, My Name Is Red is a transporting tale set amid the splendor and religious intrigue of sixteenth-century Istanbul, from one of the most prominent contemporary Turkish writers.

The Sultan has commissioned a cadre of the most acclaimed artists in the land to create a great book celebrating the glories of his realm. Their task: to illuminate the work in the European style. But because figurative art can be deemed an affront to Islam, this commission is a dangerous proposition indeed. The ruling elite therefore mustn’t know the full scope or nature of the project, and panic erupts when one of the chosen miniaturists disappears. The only clue to the mystery–or crime? –lies in the half-finished illuminations themselves. Part fantasy and part philosophical puzzle, My Name is Red is a kaleidoscopic journey to the intersection of art, religion, love, sex and power.

Translated from the Turkish by Erda M Göknar

Orhan Pamuk is the author of six novels and the recipient of major Turkish and international literary awards. He is one of Europe’s most prominent novelists, and his work has been translated into more than twenty languages. He lives in Istanbul.