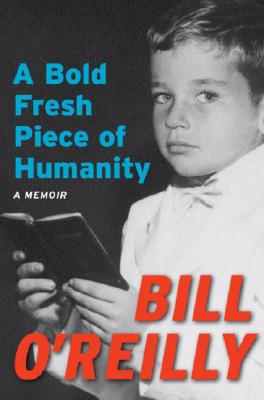 The year was 1957, the month September, and I had just turned eight years old. Dwight Eisenhower was President, but in my life it was the diminutive, intense Sister Mary Lurana who ruled, at least in the third-grade class where I was held captive. For reasons you will soon understand, my parents had remanded me to the penal institution of St. Brigid’s School in Westbury, New York, a cruel and unusual punishment if there ever was one.

Already, I had barely survived my first two years at St. Brigid’s because I was, well, a little nitwit. Not satisfied with memorizing the Baltimore Catechism’s fine prose, which featured passages like “God made me to show his goodness and to make me happy with him in heaven,” I was constantly annoying my classmates and, of course, the no-nonsense Sister Lurana. With sixty overactive students in her class, she was understandably short on patience. For survival, she had also become quick on the draw.

Then it happened. One day I blurted out some dumb remark, and Sister Lurana was on me like a panther. Her black habit blocked out all distractions as she leaned down, looked me in the eye, and uttered words I have never forgotten: “William, you are a bold, fresh piece of humanity.”

And she was dead-on.

One day in 1957, in the third-grade classroom of St. Brigid’s parochial school, an exasperated Sister Mary Lurana bent over a restless young William O’Reilly and said, “William, you are a bold, fresh piece of humanity.” Little did she know that she was, early in his career as a troublemaker, defining the essence of Bill O’Reilly and providing him with the title of his brash and entertaining issues-based memoir.

And this time it’s personal. In his most intimate book yet, O’Reilly goes back in time to examine the people, places, and experiences that launched him on his journey from working-class kid to immensely influential television personality and bestselling author. Readers will learn how his traditional outlook was formed in the crucible of his family, his neighborhood, his church, and his schools, and how his views on America’s proper role in the world emerged from covering four wars on five continents over three-plus decades as a news correspondent. What will delight his numerous fans and surprise many others is the humor and self-deprecation with which he handles one of his core subjects: himself, and just how O’Reilly became O’Reilly.

BILL O'REILLY, a three-time Emmy Award winner for excellence in reporting, served as national correspondent for ABC News and as anchor of the nationally syndicated news magazine program "Inside Edition" before becoming executive producer and anchor of Fox News's breakout hit "The O'Reilly Factor." He is the author of the mega-bestsellers "The O'Reilly Factor, The No Spin Zone, Who's Looking Out for You?," and "Culture Warrior, " as well as "Kids Are Americans Too, ""The O'Reilly Factor for Kids, " and the novel "Those Who Trespass." He holds master's degrees from Harvard's Kennedy School of Government and Boston University.
or
Not Currently Available for Direct Purchase
Copyright © 2020 American Booksellers Association