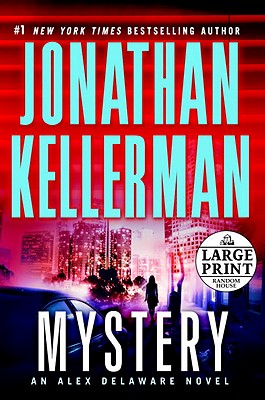 Few know the city of Los Angeles the way #1 bestselling author and acclaimed suspense master Jonathan Kellerman does. His thrilling novels of psychological drama and criminal detection make the capital of dreams a living, breathing character in all its glamour and infamy. That storied history of fame, seduction, scandal, and murder looms large in "Mystery," as Alex Delaware finds himself drawn into a twisting, shadowy whodunit that's pure L.A. noir--and vintage Kellerman.
The closing of their favorite romantic rendezvous, the Fauborg Hotel in Beverly Hills, is a sad occasion for longtime patrons Alex Delaware and Robin Castagna. And gathering one last time with their fellow faithful habituEs for cocktails in the gracious old venue makes for a bittersweet evening. But even more poignant is a striking young woman--alone and enigmatic among the revelers--waiting in vain in elegant attire and dark glasses that do nothing to conceal her melancholy. Alex can't help wondering what her story is, and whether she's connected to the silent, black-suited bodyguard lingering outside the hotel.
Two days later, Alex has even more to contemplate when police detective Milo Sturgis comes seeking his psychologist comrade's insights about a grisly homicide. To Alex's shock, the brutalized victim is the same beautiful woman whose lonely hours sipping champagne at the Fauborg may have been her last.
But with a mutilated body and no DNA match, she remains as mysterious in death as she seemed in life. And even when a tipster's sordid revelation finally cracks the case open, the dark secrets that spill out could make Alex and Milo's best efforts to close this horrific crime not just impossible but fatal.

Jonathan Kellerman is one of the world's most popular authors. He has brought his expertise as a clinical psychologist to more than thirty bestselling crime novels, including the Alex Delaware series, "The Butcher's Theater, Billy Straight, The Conspiracy Club, Twisted, " and "True Detectives." With his wife, the novelist Faye Kellerman, he co-authored the bestsellers "Double Homicide" and "Capital Crimes." He is the author of numerous essays, short stories, scientific articles, two children's books, and three volumes of psychology, including "Savage Spawn: Reflections on Violent Children," as well as the lavishly illustrated "With Strings Attached: The Art and Beauty of Vintage Guitars." He has won the Goldwyn, Edgar, and Anthony awards and has been nominated for a Shamus Award. Jonathan and Faye Kellerman live in California, New Mexico, and New York. Their four children include the novelists Jesse Kellerman and Aliza Kellerman. "From the Hardcover edition."
Loading...
or
Not Currently Available for Direct Purchase