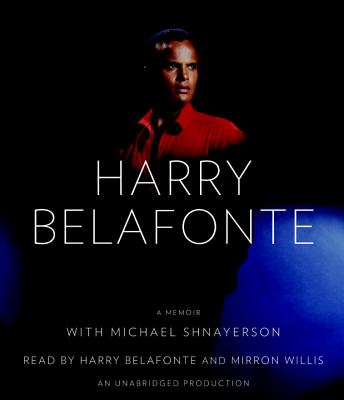 Praise For My Song…

“An honest, in many ways important and genuinely revelatory autobiography. . . . My Song reveals, Belafonte was more than celebrity eye candy, burnishing his image with a little politically correct politicking. He not only talked the talk, but walked the walk. . . . My Song is more than fitting denouement for a life well lived.” —Curt Schleier, Seattle Times

“In My Song, a brave and spellbinding memoir written with Vanity Fair contributing editor Michael Shnayerson, Belafonte tells a sweeping story . . . riveting . . . In these days of national and global uncertainty, with the numbers of poor steadily rising, there are lessons aplenty in the life of Harry Belafonte, as told in this surprising and revelatory book.” —Wil Haygood, Washington Post

“ . . . engrossing autobiographical account of a life devoted in equal parts to entertainment and social causes. My Song is rich with vivid scenes of Belafonte working as an adviser, mediator, fundraiser and implementer with such players as John and Robert Kennedy and King.” —Tom Nolan, San Francisco Chronicle

“Here is a gorgeous account of the large life of a Harlem boy . . . Scenes of extravagant waste, scenes of righteous anger—rich contradictions abound—with little attempt to explain them away, a mark of the honest autobiographer.” —Garrison Keillor, New York Times Book Review

“To read Harry Belafonte's new memoir, My Song, is to discover a man who has packed enough life for 10 people into 84 years.” —“Morning Edition,” NPR

“Somewhere amid the accounts of when he became the first artist to sell a million copies of an album, the first black leading actor to romance a white leading actress in a major Hollywood film, and the man who was asked to help pick out the clothes that Martin Luther King Jr. would be buried in, you realize just how extraordinary Harry Belafonte’s life has been. If Belafonte had simply pursued one strand of that life - the immensely popular singer, the Tony Award-winning actor, the powerful political and social activist - it would have made fascinating material for a book. That he managed to cram all three into his 84 years makes My Song, his captivating memoir written with Michael Shnayerson, not only a sometimes exhausting chronicle of Belafonte’s own story but an intriguing look at US history from the late ’40s to the present. . . . One of the book’s triumphs involves the way Belafonte and Shnayerson manage to capture Belafonte’s distinctive voice . . . You can almost hear him narrate the story in his stately rasp.” —Sarah Rodman, The Boston Globe

Harry Belafonte's 1956 album "Calypso" made him the first artist in history to sell more than one million LPs. He has won both a Tony Award and an Emmy, and he was awarded the National Medal of Arts by President Clinton. He has served as a UNICEF Goodwill Ambassador and is the recipient of Kennedy Center Honors for excellence in the performing arts. He currently resides in New York City with his wife, Pamela.

Michael Shnayerson, a longtime contributing editor to "Vanity Fair," is the author of "Irwin Shaw;""The Car That Could;""The Killers Within, " coauthored with Mark J. Plotkin, and "Coal River, " which recounted the efforts of Appalachian lawyers and grassroots groups to stop the devastating practice of mountaintop coal removal in southern West Virginia. Shnayerson's passion for those environmental activists was one reason Harry Belafonte chose him to collaborate on his autobiography. Shnayerson lives in Bridgehampton, New York, with his daughter, Jenna. "From the Hardcover edition."
Loading...
or
Not Currently Available for Direct Purchase