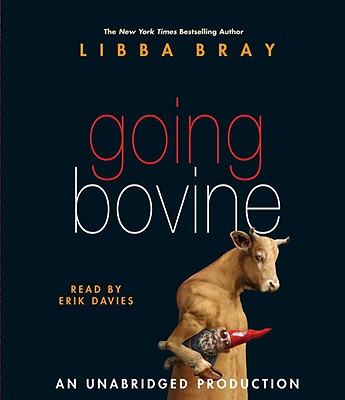 Can Cameron find what he’s looking for?


All 16-year-old Cameron wants is to get through high school—and life in general—with a minimum of effort. It’s not a lot to ask. But that’s before he’s given some bad news: he’s sick and he’s going to die. Which totally sucks. Hope arrives in the winged form of Dulcie, a loopy punk angel/possible hallucination with a bad sugar habit. She tells Cam there is a cure—if he’s willing to go in search of it. With the help of a death-obsessed, video-gaming dwarf and a yard gnome, Cam sets off on the mother of all road trips through a twisted America into the heart of what matters most.

Libba Bray is the author of the "New York Times" bestselling Gemma Doyle Trilogy, which comprises the novels "A Great and Terrible Beauty, Rebel Angels," and "The Sweet Far Thing." She has written short stories about everything from Cheap Trick concerts to The Rocky Horror Picture Show devotees to meeting Satan worshippers on summer vacation. Libba lives in Brooklyn, New York, with her husband, son, and two cats. Her dream is to stop sucking so badly at drums in Rock Band. You may visit her at www.libbabray.com, and you don't even have to call first.
Loading...
or
Not Currently Available for Direct Purchase