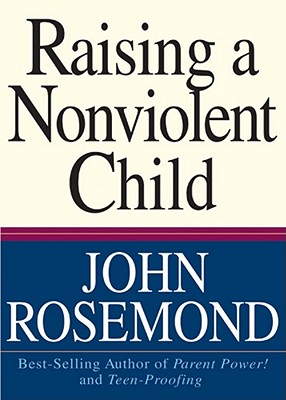 Tragedies such as the April 1999 massacre at Columbine High School in Littleton, Colorado, are but the tip of the child-violence iceberg, says noted family psychologist and best-selling author John Rosemond. Over the past 35 years, the rate of violence and aggression on the part of children has risen at least tenfold, affecting children across the demographic spectrum. Rosemond turns his critical eye to the various theories proposed to explain this trend--from the notion that violence is a matter of genes to the ubiquity of violence in the media-and comes to a startling conclusion: The problem has much to do with bad advice from child rearing experts. Progressive parenting practices, as promoted by mental health professionals for more than a generation, succeed at enlarging children's self-esteem, but fail to teach them self-control. The end result are epidemic numbers of children who feel great about themselves, but have little regard for others--children who've been given everything they could possible want, and little of what they truly need, especially adequate discipline. Rosemond empowers parents to take the bull of modern child rearing by the horns and tame it by focusing on teaching manners, character, respect for others, and self-control. Consistent with his previous parenting best-sellers, Raising a Nonviolent Child is short in theory and long on the sort of practical, commonsense advice he's built his reputation upon-advice that promises to reassure and empower today's parents and set America's children back on the proper course.

John Rosemond is a family psychologist who has directed mental-health programs and been in full-time private practice working with families and children. Since 1990, he has devoted his time to speaking and writing. Rosemond's weekly syndicated parenting column now appears in some 250 newspapers, and he has written 15 best-selling books on parenting and the family. He is one of the busiest and most popular speakers in the field, giving more than 200 talks a year to parent and professional groups nationwide. He and his wife of 39 years, Willie, have two grown children and six well-behaved grandchildren.
Loading...
or
Not Currently Available for Direct Purchase