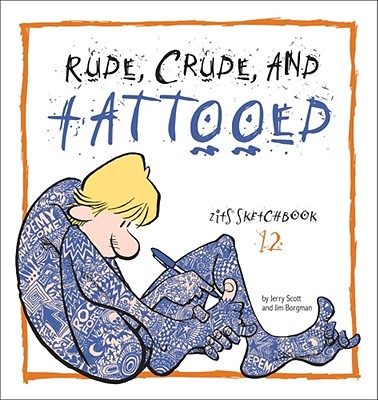 The Duncans remind us of how families are created, how they can drive us out the door one minute and drag us back in the next, offering laughter, love, and inspiration." -Cincinnati Enquirer

* Twice honored as the Best Newspaper Comic Strip, Zits appears in more than 1,100 newspapers and is read daily by more than 45 million fans.

When contemplating what to name their strip, Jerry Scott and Jim Borgman sought the insight of Charles Schulz, who told them that Zits was "the worst name for a comic strip since Peanuts." It makes perfect sense then that Zits has achieved Peanuts-like notoriety.

Jerry Scott is the co-creator of the award-winning comic strip Zits. He lives in central coastal California. Jerry's work on Baby Blues has delighted fans and wowed the cartooning world since he launched the strip with Rick Kirkman in 1990.
or
Buy Here
Copyright © 2020 American Booksellers Association