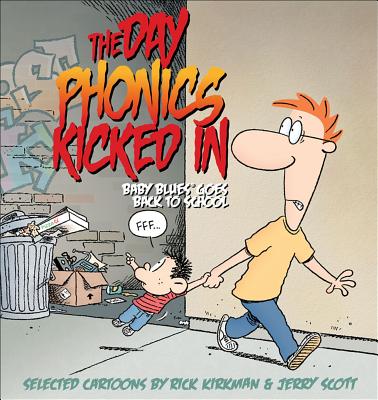 The Day Phonics Kicked In

Baby Blues Goes Back to School

Named Best Comic Strip of the Year by the National Cartoonists Society, Baby Blues appears in newspapers and periodicals worldwide.

With Zoe and Hammie already in elementary school and Wren crawling quickly toward toddlerhood, a lot of energy in the MacPherson house is directed toward teaching. Rick Kirkman and Jerry Scott have scoured their archives for the very best of the Baby Blues school--and education-related strips to include in this retrospective. From sack lunches to show-and-tell, this hilarious collection of Baby Blues strips will earn high marks from loyal readers everywhere.