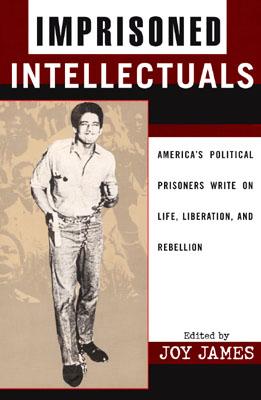 Prisons constitute one of the most controversial and contested sites in a democratic society. The United States has the highest incarceration rate in the industrialized world, with over 2 million people in jails, prisons, and detention centers; with over three thousand on death row, it is also one of the few developed countries that continues to deploy the death penalty. International Human Rights Organizations such as Amnesty International have also noted the scores of political prisoners in U.S. detention. This anthology examines a class of intellectuals whose analyses of U.S. society, politics, culture, and social justice are rarely referenced in conventional political speech or academic discourse. Yet this body of outlawed 'public intellectuals' offers some of the most incisive analyses of our society and shared humanity. Here former and current U.S. political prisoners and activists-writers from the civil rights/black power, women's, gay/lesbian, American Indian, Puerto Rican Independence and anti-war movements share varying progressive critiques and theories on radical democracy and revolutionary struggle. This rarely-referenced 'resistance literature' reflects the growing public interest in incarceration sites, intellectual and political dissent for social justice, and the possibilities of democratic transformations. Such anthologies also spark new discussions and debates about 'reading'; for as Barbara Harlow notes: 'Reading prison writing must. . . demand a correspondingly activist counterapproach to that of passivity, aesthetic gratification, and the pleasures of consumption that are traditionally sanctioned by the academic disciplining of literature.'-Barbara Harlow 1] 1. Barbara Harlow, Barred: Women, Writing, and Political Detention (New England: Wesleyan University Press, 1992). Royalties are reserved for educational initiatives on human rights and U.S. incarceration.

Joy James is a professor in the Africana Studies Department at Brown University.
Loading...
or support indie stores by buying on