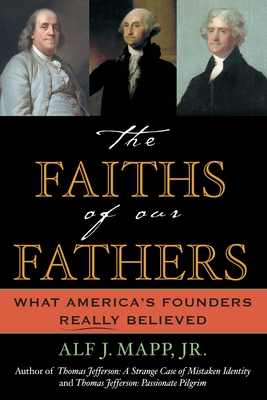 The Faiths of Our Fathers

Throughout our nation's history, the religious beliefs of America's founders have been contested and misunderstood. Did our founders advocate Christianity or atheism? In The Faiths of Our Fathers, widely acclaimed historian Alf J. Mapp, Jr. cuts through the historical uncertainty to accurately portray the religious beliefs of eleven of America's founding fathers, including John Adams, Benjamin Franklin, Thomas Jefferson, and James Madison. He discovers men with religious beliefs as diverse as their political opinions. These profiles shed light on not only the lives and times of the revolutionary generation but also the role of religion in public life throughout American history.