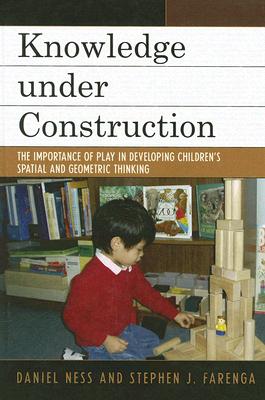 The Importance of Play in Developing Children's Spatial and Geometric Thinking

Knowledge under Construction investigates how young children develop spatial, geometric, and scientific thinking skills-particularly those associated with architecture. Based on original research and analysis of videotapes of children's play with blocks, the authors' findings suggest that such play is anything but pointless. Their conclusions fill in gaps in our current understanding of how children learn to think spatially and scientifically even while challenging portions of that understanding, including some of Piaget's thesis about the primacy of topological space in children's learning. A system of measurement developed to identify and categorize children's spontaneous behavior at play allows adults to observe patterns of behavior as children play and record the development of process skills and cognitive abilities, enhancing our understanding of how children begin to learn about space and architectural relationships. The book also examines the educational implications of our enhanced understanding. One possible development is a new, alternative way to measure cognitive abilities and development in children based on their work with blocks.